🗒 Limit risks to you and your patient

Limit risks to you and your patient

Nearing the end of a very long shift in the emergency department (ED), Doctor D was extremely tired and in need of a break. 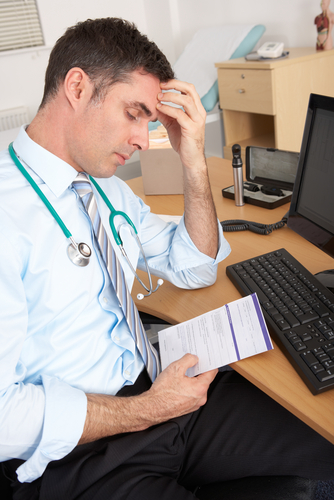 He was treating a patient for a severe laceration to his thumb. The patient was a labourer who apparently received the injury at work. His English was limited and he was not able to convey clearly what happened and the doctor had great difficulty in communicating with him. Doctor D became very impatient. As a result a wash out occurred, some stitches were applied but apart from that there were no further investigations or instructions and the patient was sent away.

After five days the patient returned to the ED where clear signs of infection were apparent. An interpreter was called whereby further investigations took place which also revealed some nerve damage. The patient lodged a complaint against the hospital.

MIPS assisted the member with responding to the complaint and the investigation undertaken by the hospital. The response was apologetic with an empathetic tone. It conveyed what improvements were to be made to ensure the same circumstances did not occur to another patient for example the need for interpreters and the need for clear instructions and follow up.

Whilst the hospital managed the claim component of the complaint, since it was vicariously liable as the employer, given the response of our member no action was taken against him personally.

Ensure a ongoing management plan is in place

Providing an apology and expressing empathy can mitigate complaint outcomes

The information on this page is a summary and of general nature. The material has been designed for educational purposes relevant at the time of production, all care was taken in preparation however MIPS makes no warranties regarding the correctness or accuracy of its content and excludes all liability for any loss or damage suffered or incurred as a result of accessing, using or relying on the content. It was designed for our membership, with the copyright owned by MIPS Pty Ltd ABN 64 007 067 281.

Any information collected within on-site forms are obtained for MIPS business operations, by completing forms you consent to the collection, use, storage and disclosure of nay personal information as outlined in our Privacy Statement.

It does not take into account your healthcare practice or needs. You should consider the appropriateness of the information and read the Member Handbook Combined PDS and FSG before making a decision on whether to join MIPS.